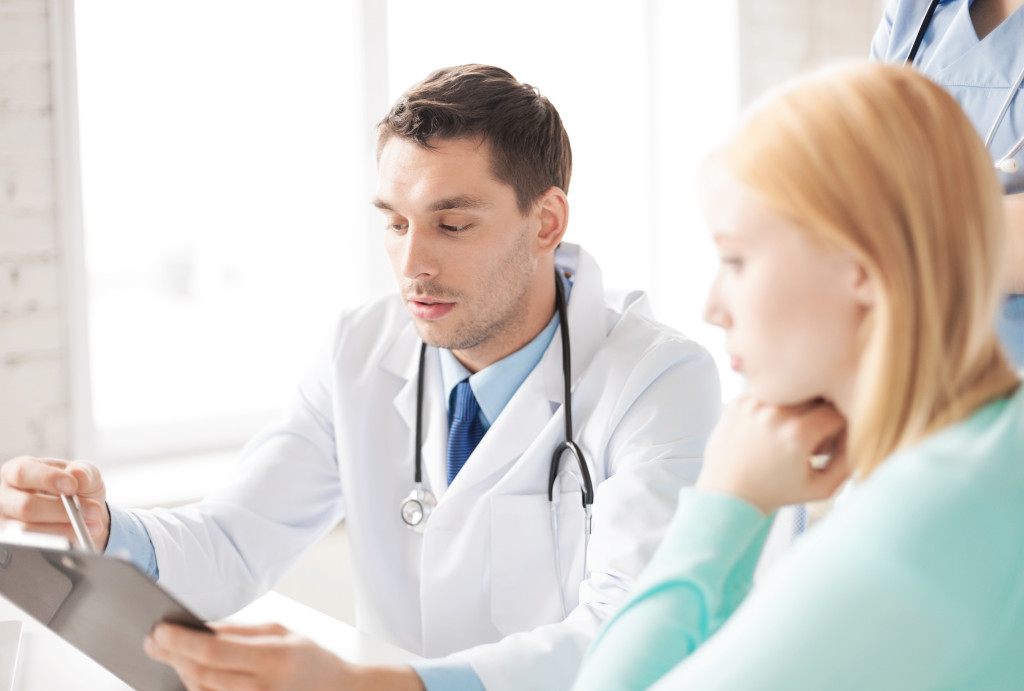 Holistic Solutions offers Polycystic Ovarian Syndrome Natural Treatment in Orange County and San Diego which is both effective and safe.

Polycystic Ovarian Syndrome is one of the more common endocrine disorders among women of reproductive age.

Between 5 percent and 10 percent of women suffer from PCOS, a condition — believed to be genetic — in which ovulation does not regularly occur, resulting in the growth of cysts in the ovaries. While not all women experience multiple cysts with PCOS, most do have hormonal symptoms, such as high testosterone and sugar/insulin imbalances and will have difficulties with ovulation. Weight gain is also common.

While the exact cause of PCOS is not known, it often correlates with insulin resistance, a condition in which the body does not respond normally to the insulin it produces. This condition, which can be exacerbated by dietary and lifestyle factors, can have several impacts on the body.

Insulin carries sugar into the cell for proper energy mechanics. When that process fails, the insulin can converted glucose/sugar to fat. In addition, the body produces more insulin, which can cause ovaries to produce more testosterone, which can in turn slow ovulation.

In women suffering from PCOS, treating insulin resistance directly is often recommended, and we have seen much naturopathic remedies have success in this area. The naturopathic approach is to use supplement medicine that targets insulin resistance at the cellular level. As well as to use clinical nutrition, detoxification and classical homeopathy to modulate health and healing.

PCOS also typically has excessive androgen hormones, such as testosterone, DHT and/or DHEA. Such high hormones can cause acne, hair growth, and other typical high androgen type symptoms. There are many great researched natural medicines for treating both high androgens and modulating insulin insensitivity in PCOS. The modulation of these two will quickly bring back a women’s menstrual cycle.

Acupuncture and electro acupuncture are also common. The idea is to address the underlying cause of the condition, restoring both metabolic health and hormonal balance. Naturopathic remedies can also target the weight gain associated with PCOS and insulin resistance.

Naturopathic supplements do not have side effects such as dizziness, indigestion, irritability and headaches, which are commonly associated with medication.

“Having recently met this wonderful man and had great interactions, I am happy to say I can recommend his consciousness. It is obvious he is a man of deep caring, both personally and professinally, and expertise in natural medicine is evident.”